The Something About Her, an all-new standalone romance by Rachel Higginson, is Now Available! Read an excerpt below and grab the final book in the Opposites Attract Series today!

I quit life. Or at least my new job.

My new, fancy, head chef position at one of the most acclaimed restaurants in the city is not turning out like I’d hoped. I’m a mess. Totally out of my element and under-qualified, I’ve been thrown into a fiery kitchen and I’m not sure I can handle the heat.

But I owe my brother. And since it’s his restaurant and he’s my favorite person in the world, I can’t walk away.

Even though I’d love to do just that. If we’re being honest though, it’s more than just my kitchen. It’s the bad date I went on last week. And my building superintendent that won’t fix my sink. It’s the creepy guy from my gym that won’t leave me alone. But mostly, it’s my friend’s brother that keeps showing up in all the worst places.

I’ve never claimed to have it together, but I certainly don’t need a man to rescue me every time I get my heel stuck in a sewer grate. Except that’s what keeps happening.

Vann Delane is pushy and stuck up and thinks he knows everything there is to know about everything. And for whatever reason, he keeps saving me.

Not that he’s happy about it. He’s made it clear what he thinks about my money and dream job and the designer shoes he saved last weekend. He’s not impressed with me and my penchant for disaster.

I’ve decided to stay away from him. I’ve got too many other fires to put out to worry about the something between us that doesn’t have a name.

So, he can give his knight in shining armor kindness to someone else. And he can save those intense glances and butterfly-inducing smiles for the nice girl he’s looking for. And he can deny it all he wants, but I know he likes me.

He says I drive him crazy. But I know there’s something about me that he can’t deny. 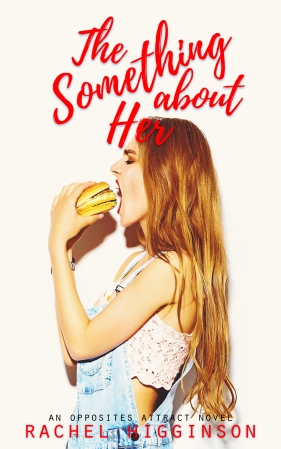 Grab The Something About Her on Amazon today!

“I like you a lot, Baptiste.” His words were said in the richest, warmest tone. They shot straight to my heart and spiraled all the way down to my toes. “I like you a lot too, Delane.” “It’s different though, isn’t it?” “What?” “Us,” he said simply. I held his gaze, but didn’t know what to make of his thoughts. “What do you mean?” “Has it ever been like this for you? I mean, in a relationship?” I hadn’t ever really been in a relationship before, so I wasn’t sure what to say. “No,” seemed like an honest-enough answer. “I’ve never felt like this about anybody before.” One side of his mouth kicked up in a half-smile. “There’s something here,” he murmured, his eyes a stormy tempest of truth and raw honesty. “There’s something between us.”

The Opposite of You 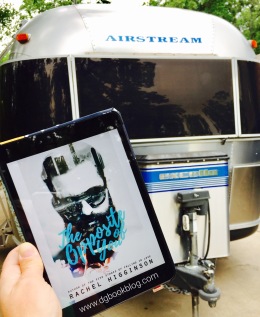 She was born and raised in Nebraska, and spent her college years traveling the world. She fell in love with Eastern Europe, Paris, Indian Food and the beautiful beaches of Sri Lanka, but came back home to marry her high school sweetheart. Now she spends her days writing stories and raising five amazing kids.

2 thoughts on “The Something About Her by Rachel Higginson is Now Available!”