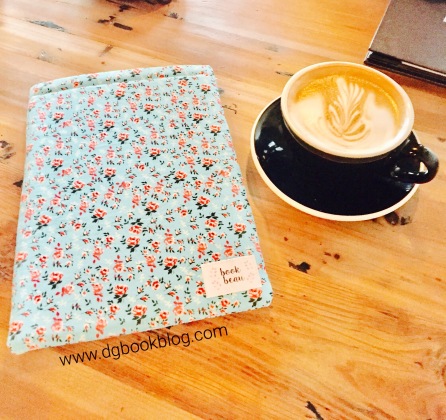 Have you read Thirteen Reasons Why by Jay Asher or watched the new series on Netflix?

I had not heard of either until a few weeks ago, when my 16-year-old told me she was going to start watching the new series. Like any curious parent, I looked it up and then informed her that I thought it would be a little too much for her. She was quite angry about it, because drugs, bullying, and sex were all at her school anyway. ‘All of her friends had watched it already’ and ‘their parents let them.’ I won’t even bother to get into my thoughts right now on the whole ‘letting my kids do something because someone else’s parents let them’ bullshit. I don’t buy it. However, I was surprised to hear this was all going on at her school already.

The kicker of the whole situation occurred a few days later when my 13-year-old presented almost the exact same conversation to me about wanting to watch the show as well. This completely blew me away. How in the world are these things already happening in Middle School? Why is this show almost like a ‘fad’ amongst the teenagers? I really don’t understand it at all. There was no way his eyes needed to see this or be a part of any situation regarding a heavy topic like suicide, and I certainly wouldn’t want to put ideas into either of my kid’s heads for that matter. Of course, he got an even firmer NO.

Then I found out that the kids at his school were showing clips from it on their phones, and he had officially seen episode #13 which was the finale – the life ending one. Seriously? We try so damn hard to protect our kids from the evils of social media, but no matter how diligent we are, unfortunately, other parents aren’t. Then we’re forced to face situations like this that we try to avoid head on. So, we decided we would watch it together as a family. At least this way, we could openly discuss these difficult topics that apparently were impacting the kids in one way or another and make sure we were all on the same page with it.

I think suicide is one of the scariest things as a parent. You spend all of their early childhood years doing everything for the kids and wishing they could just do something on their own. Then one day you wake up, and your teenager doesn’t want to hear a thing you say and acts as if they have been given the keys to adulthood and independence. The pressure and hope that you have instilled everything possible in them – whether it be common sense, confidence, the knowledge of how much they are loved, the power of God – and the fear to not have missed one single thing is immense. Suicide is one thing you have absolutely no control over. All it takes is one weak moment and a terribly bad decision, and they are gone from us forever.

When I was growing up, my father would always tell us ‘Suicide is one of the most selfish things that any person could ever do – to give up and leave everyone else to deal with the pain and loss is just terrible to do to your family.’ It might seem really simple, but that was always enough for me. The fear is that I guess it isn’t enough for everyone.

So, the show was actually really good and very eye opening. I guess you could say that we ‘binge watched’ it as we finished it in a week. Many of the scenes were difficult – drugs, rape, bullying, guns, suicide. It is a true tragedy. The heroine was beautiful, kind and caring, and had a loving family, yet she faced so many obstacles that were truly awful for someone so young to have to deal with. She lost all hope. The sad part is that people did reach out to her, but she pushed them away. Teenage emotions are so fragile, and so many times good gestures can be misconstrued. There was no mention of God in the series. I know He doesn’t factor in for everyone, but He does in our family. The kids noticed all of these details and for that I am so thankful.

I think this series is a good tool for families to use for discussion, but I do not recommend this for younger teenagers to watch on their own for entertainment. We did not let the kids watch the more graphic scenes – my husband sat armed and ready with the remote to pause or fast forward if necessary. I didn’t feel the need to offer public service announcements and explain everything at every stop. Honestly, they did really seem familiar with many of the situations already – again surprising – but maybe I am just naive. We survived it, and we talked about it. I do feel some relief at knowing we were able to share these difficult conversations with the kids, and hopefully they see that we are here for them no matter the obstacle. I know that we have reinforced our love and feelings to them on these tough topics. It’s both painful to think about and to deal with, but the aftermath could be even more painful if we didn’t do everything in our power to try and prevent something like this from happening.

I think I’ll have another cup of java now… do you have any thoughts to share?