Ian Bradley is the definition of a Wall Street hotshot: seven-figure salary, designer suits, and a corner office. His drive off the floor is just as potent. Every woman who knows him has felt the rush. But now he’s met his match in Lara McKenzie—a woman with the power to bring Ian to his knees.

An ambitious, whip-smart daughter of FBI agents, Lara is a rising star in fighting white-collar crime. Her latest case—the investigation of Ian Bradley for insider trading—could make her career. She knows a scoundrel when she sees one. Ian fits the bill: a cocky, ridiculously handsome bad boy with a slick swagger.

I really enjoyed Hot Asset by Lauren Layne and loved the Wall Street flair of the story!

Ian and Lara were both incredibly career-focused characters, but I especially liked how relatable and down-to-earth they were. Ian had such a charisma about him, and for all of his wealth, he wasn’t stuffy but very genuine. Lara was determined to stick to her guns and prove Ian guilty of insider trading, but she also had a heart and was still open-minded enough to be able to see and appreciate the truly good man underneath his title. Attraction definitely wasn’t an issue for Ian and Lara, and I loved how they challenged each other both personally and professionally. It was so fun to follow their feisty banter along the road to possibly finding their happily ever after!

‘I’m torn between regret and relief, because she’s SEC, I’m Wall Street – we’re about as compatible as a wolf and a lamb.’

This is my first read by Lauren Layne, and I’m excited to have found her writing! The story was very well written and fun, and I really enjoyed the intriguing storyline involving the SEC and Wall Street. It was a fast paced and engaging read, and where the story was more on the lighter side, it also had some complexity and suspense as well. The dual point of views made Ian and Lara’s characters even more charming. I also adored the supporting cast of characters with Ian’s friends who kept me laughing with the extents that they would go to show their loyalty and love!

I look forward to reading more of this 21 Wall Street Series, including Matt Cannon’s story which is coming next in Hard Sell on September 4th, 2018!

Copy kindly provided by the author and NetGalley in exchange for an honest review. 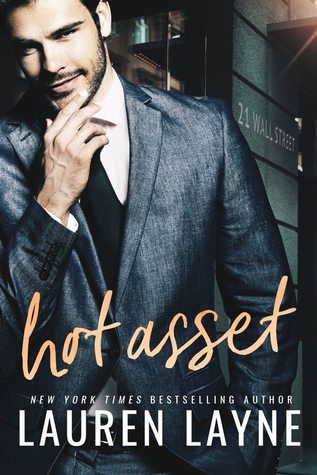 Her books have sold over a million copies, in eight languages. Lauren’s work has been featured in Publishers Weekly, Glamour, The Wall Street Journal, and Inside Edition. She is based in New York City. 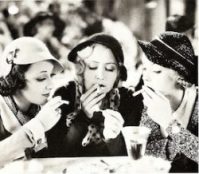