Looking for a new read?

Here are a few Short & Sweets on my recent romance finds that might be just what you’re looking for!

A swoon-worthy, sexy & utterly charming STANDALONE romance inspired by the classic film Roman Holiday, from the New York Times bestselling author of Bad at Love and The Pact

I never believed in fairy-tales.

Never held out for Prince Charming.

Growing up poor in small-town California as the oldest of six siblings, I knew I would never ride off into the sunset with anyone. That was even more apparent when a senseless tragedy took the lives of my parents, forcing me to become the sole guardian of our dysfunctional household at the mere age of twenty-three.

Then a fateful encounter literally brought Prince Charming to my doorstep.

At first I thought Viktor was just your average businessman passing through, albeit obscenely handsome, six-foot-five, blue-eyed, and mysteriously rich.

But soon I discovered the truth behind Viktor’s façade.

Beneath his quiet, enigmatic gaze and cocky charm, is a man who is running away from who he really is. A role he’d rather not fulfill.

He is Viktor of House Nordin, His Royal Highness, The Crown Prince of Sweden.

Yet uncovering Viktor’s secret was only the first step.

I didn’t expect to fall in love with him.

I didn’t expect to have my whole life turned upside down.

When you’re from two different worlds, can your hearts meet somewhere in the middle?

Or do happily-ever-afters only exist in fairy-tales? 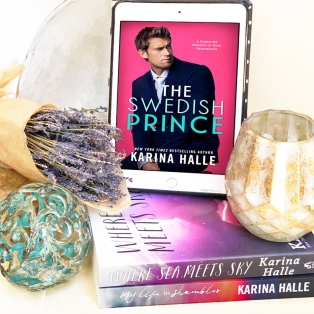 I always love Karina Halle’s passionate stories and can’t ever resist a good royal romance, so The Swedish Prince definitely hit the spot. Seriously, how could I deny a swoon-worthy prince along with a dreamy escape to Sweden? Impossible!

I adored Maggie and Viktor’s realistic characters and how they fell into their relationship in such a natural and easy way. They had such an electric passion between them and their witty banter was such fun to follow throughout. Maggie and Viktor’s journey was incredibly romantic and fairytale-like, and my heart really went out to them as they tried to balance their happiness along with their responsibilities. Their loyalty to family, and later to each other, was certainly to be admired, and Maggie and Viktor were the kind of couple that I couldn’t help but root for finding a way to be together!

This was such an enjoyable read, and I loved the family feel surrounding Maggie and Viktor’s sweet and complex story. It was fun with just the perfect amount of angst to keep it very engaging and difficult to put down. I am very intrigued by the charming secondary characters as well and can’t wait to dive into Magnus’s story next in The Wild Heir!

Would you tell your husband everything?

Every torrid thought?
Every twisted fantasy?
The forbidden images that slink into your mind in your most vulnerable moments?

I shouldn’t have. I hesitated to. But I did.

And my husband? He gave them all to me.

Filthy Vows by Alessandra Torre was S-T-E-A-M-Y! She’s a one-click author for me and certainly kept me glued to the pages in this romance of telling your husband all of your fantasies and him giving her everything she desires. This is definitely a walk on the edge, and while I adored Elle and Easton’s characters, I’m a little torn on my thoughts because I really loved their sweet relationship and marriage. I am so worried for them and really looking forward Twisted Marriage ~ coming soon!

~ The Girl in the Painting by Max Monroe ~ 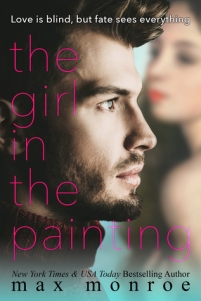 Ansel Bray, an artist known around the world for his tragic hiatus from the canvas.

Ansel Bray, a broody, handsome man not known by me, at all.
Long dark hair, blue eyes, and dimpled cheeks. I’ve never met her, but her image is imprinted in my mind. An angel muse who inspires me to paint again.

Why does the girl in his painting look so much like me?
Who is this girl, and why can I see her so vividly?

But fate plays her hand.
But fate has other plans.

The lines of my life will blur.
The needs of my heart will change.

What a beautiful mess we’ve made.

This is my first read by Max Monroe, and I’m disappointed with myself for not reading their books before now! I’ve heard so many wonderful things about all of their works, so I couldn’t help but grab this up with its intriguing synopsis and my soft spot for broody artists and singers. The Girl in the Painting was such a romantic story, and I loved that it was filled with loads of passion!

I was really drawn to both Ansel and Indy’s characters. Ansel’s situation was quite unexpected, and I couldn’t help but feel emotional about what he was going through. They had a slow-burning and passionate romance, and now I also have some ideas of sexy things to do with paint!

Although the story seemed a little slow to start, there was quite a stage to set! It was a very unique and complex storyline, and I really enjoyed the mysterious way it unfolded. I definitely look forward to reading more works by these talented ladies!

The bully isn’t supposed to win.

Senior year was off to a rough start: lube in my locker, panties on my front porch, unimaginative name-calling. See, I got a player suspended from the football team for harassing me, and in my small Texas town, you don’t mess with the football players—even if they mess with you first.

I didn’t care if it was an unpopular thing to do; I stood up for myself… and in doing so, opened Pandora’s Box.

I never dreamed I would attract the attention of locally worshipped star quarterback, Carter Mahoney. Never imagined his coveted attention would turn out to be such a nightmare. Beneath his carefully constructed façade lurks a monster, a predator looking for the perfect prey to play with. Now, since I’m the girl no one likes or believes, I guess I’m the perfect target for his dark games and twisted desires.

After surviving my first encounter with his casual depravity, all I really want is for Carter to leave me alone.

But all he seems to want is me.

Warning: This book is provocative. It is categorized as DARK ROMANCE for a reason. It will not be for everyone. If you are a reader with certain triggers or sensitivities common to the dark romance genre, please heed the author’s note at the beginning of this book.

Sam Mariano is a new to me author, and since I didn’t realize that bully romances were even a thing, I was really curious about Untouchable.

Zoey and Carter’s relationship definitely started off on the wrong foot… So much so that this read might not be for everyone because there are some pretty aggressive and steamy scenes. This isn’t a fluffy romance by any means, but I enjoyed Zoey and Carter’s honesty with each other. Zoey was strong when she needed to be, and I also think it’s also pretty impressive when an author can draw me in enough to appreciate a ‘softer’ side to a character like Carter as well. Even with their terrible introduction and unusual relationship, they worked, and their ending was really sweet.

Like its trope’s title, there was a lot of bullying, which is somewhat typical in the high school setting but more extreme in the story (or at least I would hope so). Mariano’s writing was very raw but felt relatable, and I appreciated that she kept all the characters in the story true to their behavior. In other words, it wasn’t like they miraculously transformed into amazing people, but they did become better versions of themselves.

Although it was a longer story, it was very engaging and kept me glued to the pages. I look forward to reading more of Mariano’s works! 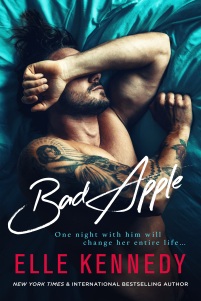 One night with him will change her life…

Between her waitressing job, volunteer work, and college classes, there are never enough hours in Maggie Reilly’s day. Especially not for a relationship. Luckily, she’s got the perfect arrangement: a lover she meets three or four times a year. But when she shows up at the hotel expecting to hop into bed with one man, she accidentally ends up with another—Ben Barrett, Hollywood’s most notorious bad boy.

Ben, determined to lay low after another scandal, just wants some much-needed sleep. What he gets is a scorching make-out session with a gorgeous, naked redhead. He won’t accept her apology, but what he will accept is a place to hide out…and if there’s some hot, no-strings sex involved, why the heck not?

But Ben soon discovers that one week with his sassy, bed-hopping waitress is definitely not enough. He wants more. A lot more.

Now he needs to convince relationship-averse Maggie that a bad boy might be oh so good for her—and the best thing that’s ever happened to both of them.

Bad Apple by Elle Kennedy was previously published in 2008 as Midnight Encounters, and this updated revamp includes almost entirely new content, including a point-of-view switch. I didn’t read the original and have only read Kennedy’s delightful sports romances, but since I always enjoy Hollywood romances, I was really excited to dive into this one!

I enjoyed Ben’s witty and charming character and could see how he would be drawn to Maggie as a refreshing change and break from his Hollywood lifestyle. However, Maggie was so cold and stand-offish and she kept him at such a distance that I just didn’t see why he continued to pursue her. Don’t get me wrong, Ben and Maggie definitely had some steamy moments, but I didn’t really feel their connection and intensity enough to see them building a relationship together.

I did really enjoy the cute story with its light-hearted feel and Pretty Woman type moments, and the ending was really sweet, but overall, Bad Apple didn’t pull me in and keep me engaged as I had hoped. This was just an okay read for me, but I have so much love for Kennedy’s writing and definitely look forward to her future works! 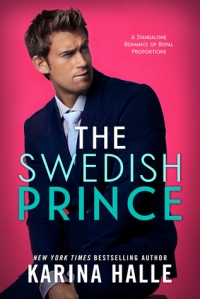 Start the Royal Romance Series with The Swedish Prince by Karina Halle! 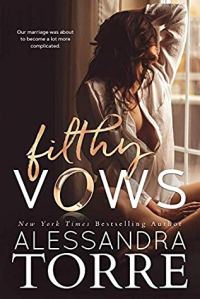 Purchase The Girl in the Painting by Max Monroe – Free in Kindle Unlimited! 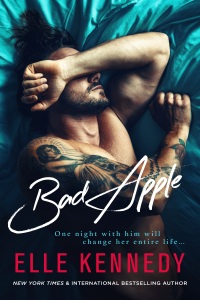 Have you read any of these romances or authors before, or did you find a favorite read this month to share?