“I am absolutely blown away by this story. Secret Sins pulled on my emotions and pushed all my buttons. I can’t stop thinking about it. At the very top of my favorite reads for 2016, and I highly doubt it can get knocked off.” 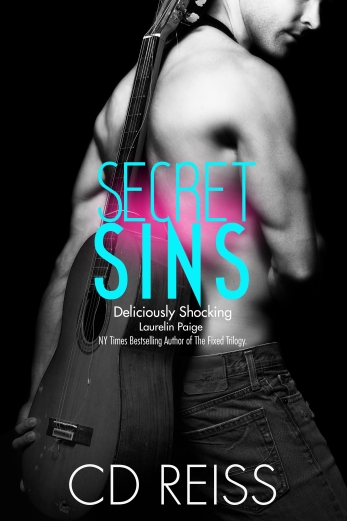 Her name is Cinnamon. Cin for short. Band mates Strat and Indy don’t know anything about her except she’s smart as hell and sexy as heaven. They can’t agree who gets her, so they do the only thing two best friends could do. They declare her off limits to both of them.

Margie, AKA Cinnamon-you-can-call-me-Cin, has a thing or two to tell these guys.

Nobody “gets” her. She’ll let them know which one she wants when she can decide between them. Until then, their little pledges and promises aren’t her problem.

Her family is her problem. Her friends. And the world-famous blues rocker who has her cornered. He’s her problem too.

This may be one problem she can’t fix without some help.

Secret Sins is a standalone novel with an HEA, an edge just where you need it, and a shocking twist at the end. It’s recommended for people over the age of 18 with an open mind and a love of super hot stories. 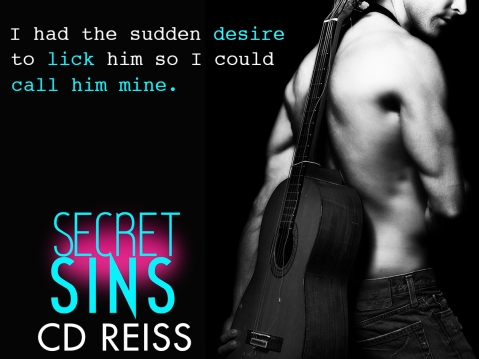 I cannot express enough how much I loved Margie’s story!  Secret Sins is captivating right from the very start. It is edgy, passionate and lust filled, suspenseful, and man o’ man, it has a twist like no other!

The Drazen family power and complexity never cease to amaze me! We have heard Jonathan, Theresa, and Fiona’s stories, but relatively little was known about Margie.  Honestly, I felt there was no way her story could be as interesting as the other family members’.  Although completely loyal and always there to help her brothers and sisters in need, she just always seemed to be the curt, serious, and almost cold lawyer.  I never imagined her to possibly be a sexy woman with the nickname of ‘Cinnamon’ and connected with rock stars!

Let me tell you, she certainly fits the above description to a ‘T’, and she has quite a story to tell! There was so much complexity to Margie’s life that made her who she was, and she absolutely became such a witty and appealing person to me.  Her relationship with rock stars, Indy and Strat, was combined with loyal friendship, angst, and loss. The book is full of hot passion, romance, and there is such an incredible secret revealed. It is simply impossible to put this one down until the very end!

There are very few books that I read these days that I can honestly say are SO good, and this is definitely one of them.  I probably sound a little greedy in saying this, but I would almost like to know more of Margie’s future. Regardless, C.D. Reiss’s writing is brilliant, and I highly recommend this 5 Star Read! 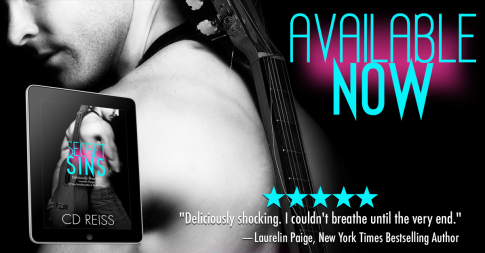 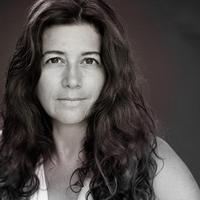 CD Reiss is a USA Today and Amazon bestseller. She still has to chop wood and carry water, which was buried in the fine print. Her lawyer is working it out with God but in the meantime, if you call and she doesn’t pick up, she’s at the well, hauling buckets.

Born in New York City, she moved to Hollywood, California to get her master’s degree in screenwriting from USC. In case you want to know, that went nowhere, but it did give her a big enough ego to write novels.

Critics have dubbed the books “poetic,” “literary,” and “hauntingly atmospheric,” which is flattering enough for her to put it in a bio, but embarrassing enough for her not to tell her husband, or he might think she’s some sort of braggart who’s too good to chop a cord of wood.

If you meet her in person, you should call her Christine.

One thought on “Release Tour & Review of ‘Secret Sins’ by CD Reiss!”