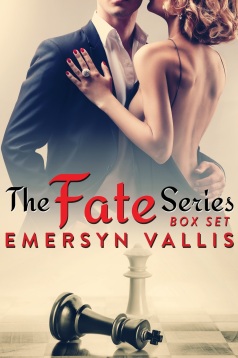 We all have choices in life…
paths to take…
roads to follow….
It’s on those journeys that Fate finds us and takes us where we need to be.
Without a second glance, we can be taken away from
everything we knew, the “people we love” and given a new life.
One that can change us… save us…
What would you do if Fate dropped you at a crossroads?
Would you go back?
Or would you run like hell the other way?
One night is all it took to change Sidney Chandler and Simon McAllister’s future and set them both on separate paths.
But when Fate decides to reunite them almost a decade later will Simon be able to win back the woman he loves? And will Sidney be able to get past what happened between them and move forward?
*✿༻༺✿*
DaisyGal’s Review:
In an effort to branch out in my reading, I have really been trying to step outside of my comfort realm and find new authors that haven’t crossed my path before. In doing so, I happened upon a new Indie author, Emersyn Vallis, and her Fate Series, which includes Adjournment, Hanging Pawns, Sacrifice, and End Game. The intrigue and mystery of the series kept me on the edge of my seat, and the adorable characters and light- hearted humor were just the icing on the cake to this sweet romance!

Except for Fate #2, Hanging Pawns, which was Mea and Josh’s story, Simon and Sydney were the main characters in the series. I’ll admit that I was initially thrown by them together, but their relationship transitioned so much throughout the story. Their back and forth banter was really funny, and it led into this great slow burning passion between them. Simon and Sydney’s story was very touching, and once I understood everything they had been through together, I found myself rooting for them to have a happily ever after!

My favorite of Vallis’s writing is how well she developed this intriguing cast of characters and how intricately woven they were in each other’s lives. Each had so much so much depth but were so fun and down to earth with completely quirky behaviors. I completely adored them all once I got to know them better, and I enjoyed watching their relationships unfold and seeing how they connected together as friends, lovers, and family. I especially loved the crazy family feel between them all – this was definitely a family I can relate to!

I am very impressed with Vallis’s creativity in this series. It was full of mystery, passion, and my goodness, it has so many layers to it. There was a great balance of being a complex story, yet it was still fun. The foreshadowing was terrific, and the underlying mystery with chess and the pieces were very well played throughout. The books and series are quite long, and I really enjoyed the details and plot development, which built my intrigue, and made the story complete. Early on, I did have some issues with wordiness and the pace (particularly in Fate #1, Adjournment), but the flow of the writing grew in leaps and bounds throughout the series!

I had such a hard time taking breaks in between the books, and with that great conclusion, I definitely recommend this series! Emersyn Vallis certainly can write, and I think this was a great debut for her writing career. I am curious to see what her creative talent will bring next!

…As a side note, I also have to admit that I am a huge fan of the Reece’s cups too, which only makes this series more of a win-win for me. You’ll see what I mean when you read this!

Emersyn Vallis currently lives on the East Coast but,
unfortunately nowhere near a beach where she dreams she was with a cocktail.
She’s the mother to three crazy and wild children who are her world, a cat who
thinks he’s the boss of the house, and a hamster who knows he’s the
favorite.  When she’s not running her kids all over creation she can be
found on her computer or with a book in her hand. As a teenager, she spent most
of her weekends lying on the floor of her local Borders reading with her trusty
hazelnut coffee close. After years of reading for fun, she thought she would
try her hand at writing. Joining together her favorite elements from different
genres that spoke to her she took to her computer with an idea. The Fate Series
are the first of hopefully many books to come. And she looks forward to
introducing you to them. 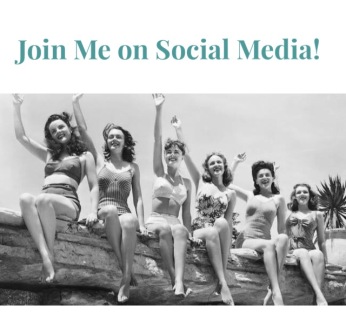