Are you ready for Gareth Harris?

I have LOVED every book of The Harris Brothers Series by Amy Daws and am so excited to share the covers for The Final Harris Brother Duet, with  Surrender, releasing July 19th, and Dominate, releasing August 2nd!

Don’t forget to enter the GiveAway below! 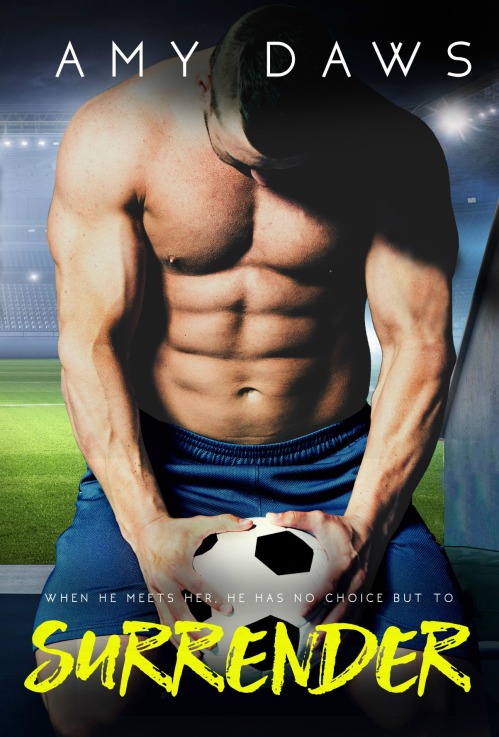 One night of complete surrender is all it takes.

Gareth Harris is Manchester United’s reclusive star defender. He has control over all aspects of his life. But a lifetime of supporting his siblings and filling in for an emotionally absent father has taken its toll.

Sloan Montgomery is a clothing stylist whose world was turned upside down when she found herself pregnant and moving to Manchester with a man who was never supposed to be her forever. Now recently divorced and struggling with shared custody of her daughter, control is a fleeting concept for this American living in England.

Both Gareth and Sloan are in need of a release.

No one could predict what happens when both of their defences are down.

To dominate one’s heart is to truly be free.

The anticipated conclusion to The Final Harris Brother Duet.

After the harrowing attack against Gareth and Sloan, there are more than just physical wounds that must be healed.

Recovering and moving on from their dark pasts is the only way they can truly find their bright futures.

Who will surrender? And who will dominate? 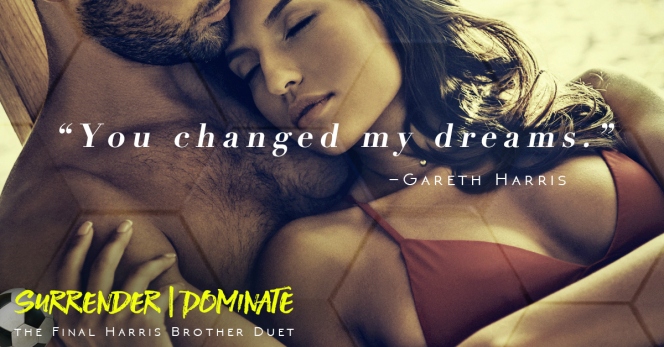 Enter the Rafflecopter Giveaway to win a $25 Amazon gift card + a Jill-E wallet!

Amy Daws is an Amazon Top 100 bestselling author of the Harris Brothers Series and is most known for her punny, footy-playing, British playboys. The Harris Brothers and her London Lovers Series fuel her passion for all things London. When Amy’s not writing, she’s watching Gilmore Girls or singing karaoke in the living room with her daughter while Daddy awkward-smiles from a distance.

For more of Amy’s work check out her social media links below or visit: http://www.amydawsauthor.com