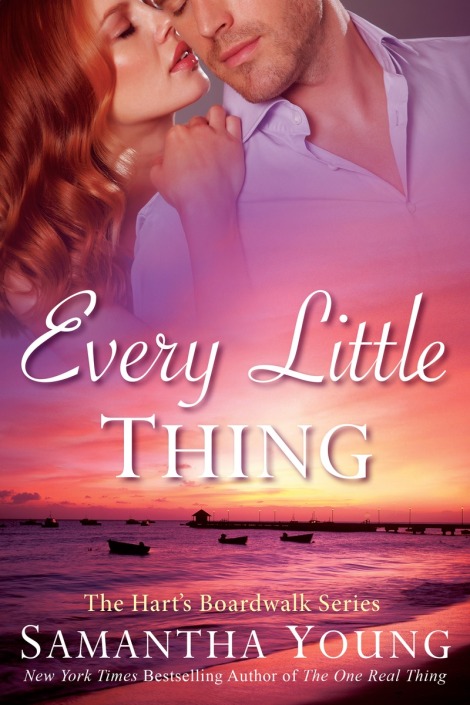 I am is so excited to be part of the cover reveal for EVERY LITTLE THING by New York Times bestselling author, Samantha Young! The second book in the new Hart’s Boardwalk series returns to the picturesque Delaware beachside town for another heartfelt and sexy story…

Hartwell, Delaware—the perfect place to get away from it all, and find what you never knew you needed…

Bailey Hartwell has many reasons to feel content—her successful business, a close circle of friends, and her steady boyfriend…even if their romance feels staid after ten years without a serious commitment. The only challenge in her life comes in the form of sexy businessman Vaughn Tremaine. She thinks the ex-New Yorker acts superior and that he considers her a small-town nobody. But when Bailey’s blindsided by a betrayal, she’s shocked to discover Vaughn is actually a decent guy.

Vaughn admires Bailey’s free spirit, independence, and loyalty. As his passion for her has grown, his antagonism toward her has only worsened. Every little thing Bailey does seduces him. But when Vaughn’s painful emotional past makes him walk away in fear he will hurt her, it opens an old wound in Bailey, and she uncharacteristically retreats.

Once Vaughn begins to realize he’s made the biggest mistake of his life, he has no choice but to fight like he’s never fought before to convince Bailey that the love they’ve found together only comes around once in a lifetime.

As you are awaiting Bailey and Vaughn’s story, the first book, The One Real Thing, goes on sale September 6th! 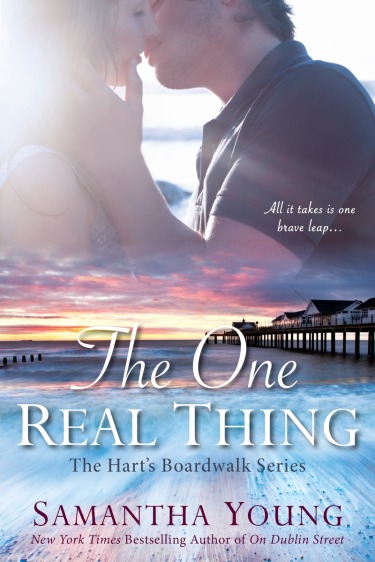 Welcome to Hartwell, a quiet seaside escape where uncovering old secrets could lead one woman to discover the meaning of a love that lasts…

While Doctor Jessica Huntington engages with the inmates at the women’s correctional facility where she works, she’s always careful to avoid emotional attachments in her personal life. Loss and betrayal taught her that lesson long ago. But when she comes across a set of old love letters in the prison’s library and visits the picturesque town of Hartwell to deliver them to their intended recipient, she finds herself unable to resist the town’s charm—and her attraction to the sexy owner of a local bar proves equally hard to deny.

Since his divorce from his unfaithful ex-wife, Cooper Lawson has focused on what really matters: his family and the boardwalk pub they’ve owned for generations. But the first time Jessica steps into his bar, Cooper is beyond tempted to risk his heart on her.

Yet as their attraction grows hotter and Jessica remains stubbornly closed off, he begins to realize it will take more than just passion to convince her there’s only one real thing in life worth fighting for…

Pre-order the first book in the Hart’s Boardwalk series today!

Samantha Young is the New York Times and USA Today bestselling author of the On Dublin Street series, including Moonlight on Nightingale Way, Echoes of Scotland Street, and Fall from India Place, as well as the standalone novel Hero. She resides in Scotland.