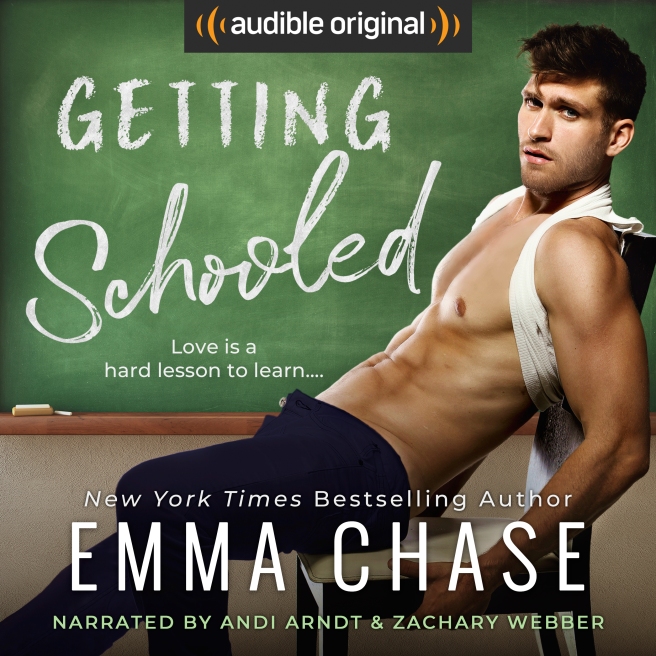 I am so excited to take part in the cover reveal for Emma Chase’s upcoming release of Getting Schooled, a brand new standalone releasing on audible February 27th and everywhere else June 26th! 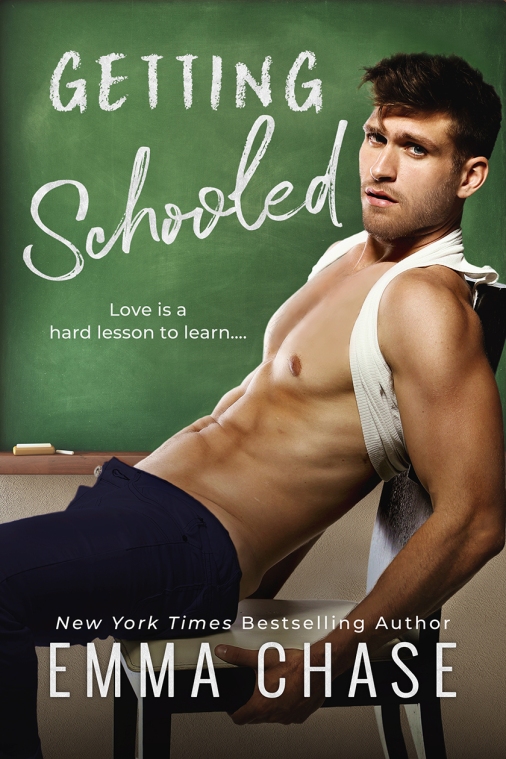 Head of the class…

Garrett Daniels has this whole life thing figured out.

The cocky, charismatic former high school star quarterback is an idolized football coach and “cool” teacher in the hometown where he’s not just a golden boy — he’s platinum. He has good friends, a great house on the lake, and the best damn sidekick a man could ask for: Snoopy, the albino beagle.

And knocks him right on his tight end zone.

Callie has a pretty sweet life herself…on the other side of the country. But circumstances — that she’d prefer to never speak of again — have brought her back home, helping out her parents and substitute teaching at her old high school.

When Garrett offers to show his former high school sweetheart the secrets of his winning teacher ways, Callie jumps at the chance – and then has to stop herself from jumping him.

Good friends are all they can ever be.

Or…these teachers just might end up getting schooled — hard — by love.

Includes a special bonus interview with the author!

EVERYWHERE ELSE ON JUNE 26TH!

Emma Chase is the New York Times and USA Today bestselling author of the hot and hilarious Tangled series and The Legal Briefs series. Emma lives in New Jersey with her husband, two children and two naughty (but really cute) dogs. She has a long-standing love/hate relationship with caffeine.

10 thoughts on “Getting Schooled by Emma Chase ~ Coming to Audible February 27th!”